Maria Badstue had set aside all thoughts of her adoption from India. An invitation to conduct an opera in Mumbai made her confront her past. 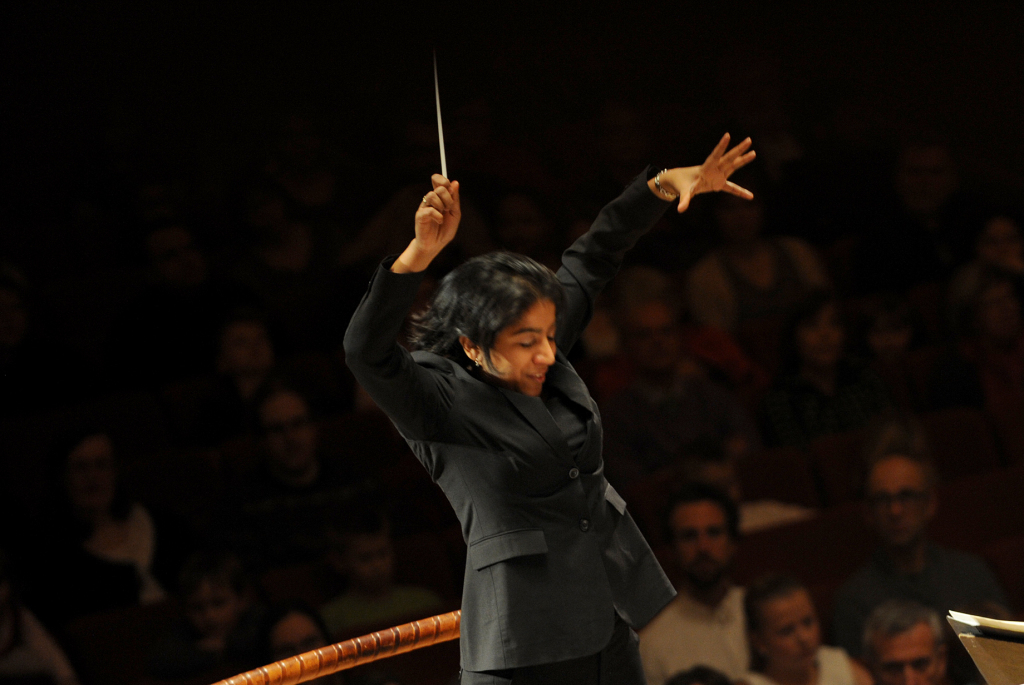 The Royal Opera House in Mumbai is poised to stage its first full-length Italian opera, Domenico Cimarosa’s comedy Il Matrimonio Segreto, with a run of four performances from July 27 to 29. The opera’s conductor Maria Badstue has a heartwarming connection to India – she was adopted from here by a Danish family at five months of age and is returning to the country for the first time in 35 years.

In Denmark, Badstue grew up in a small village in the countryside. Her parents were upfront about the adoption, but up until the moment she was invited to conduct Il Matrimonio Segreto, she believed she had been born in Bombay.

“Back home we have a big and heavy briefcase with all my adoption papers, and letters to and from the adoption agency,” said Badstue, adding that as someone brought up by a Danish family, she has always felt Danish. “I never really took a big interest in the Indian part of myself… At times I gave it some thought, but I always pushed away those thoughts. In my youth in Denmark I tried to fit in, as most youngsters do, so I didn’t actually open that briefcase until one week before I got here.”

A document inside informed her that she came from an orphanage in Pandharpur, a pilgrimage site in Maharashtra. 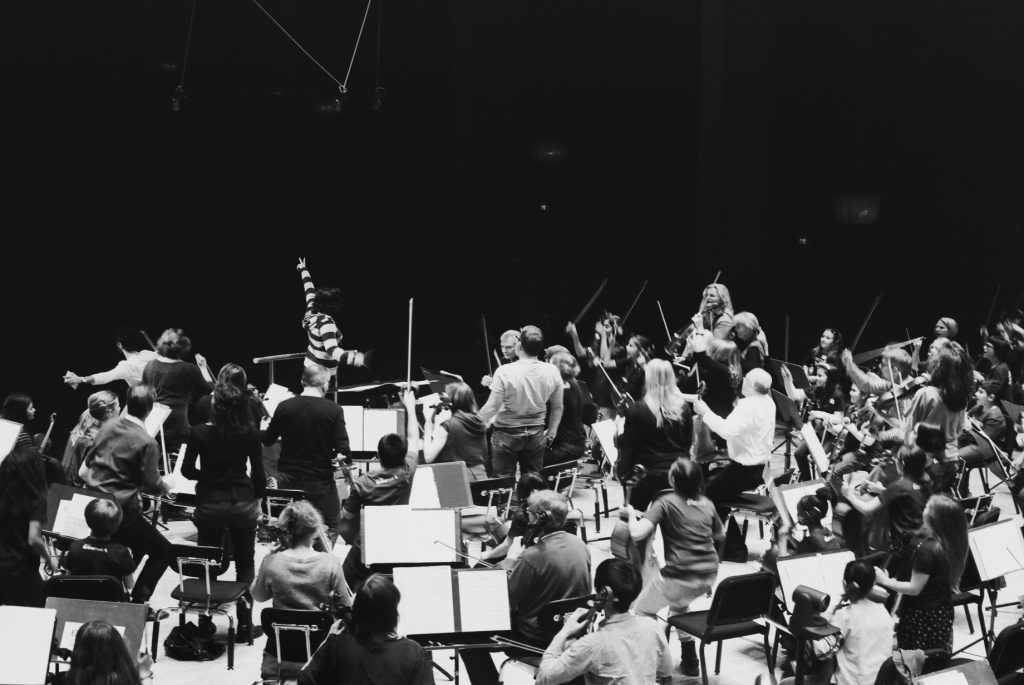 Growing up, Badstue could never visualise what a grown Indian woman looked like – there was nobody of Indian origin in her small Danish village. Once, when a black woman of African descent passed on the street, a young Badstue asked her mother if that’s who she would look like as an adult.

“When you wake up every morning, look in the mirror and recognise that you don’t look like anyone around you, I think it is rooted very deep in you, that you actually are different,” Badstue said.

Having blended in so well in her adopted country, Badstue said she felt some apprehension about coming to India – going back to her roots could prove to be emotionally tumultuous. Finally, it took a professional gig to bring her to the country of her birth.

Nobody in Badstue’s adoptive family had any musical training. Her introduction to music began when she was a nine-year-old, through a scout organisation at school. She took up the cornet, then played the trumpet and became a professional trumpeter.

Badstue said she feels music is ingrained in her Indian ancestry.

“They have many brass bands in Denmark. I started conducting in one when I was 17. When I turned 20, I was conducting professional players for the first time. I spent a lot of time studying scores and seeing myself beating in front of the mirror. I don’t know where this comes from, but I keep telling myself that it somehow comes from my Indian genes because my Danish family has nothing to do with the arts.”

In 2007, when Badstue was 25, she was mentored by the much-respected Finnish conductor Jorma Panula. She remained in training with Panula for the next five years.

“When I auditioned for conducting studies at the Oslo Academy in 2011, I told myself that if I did not get in I would go to India,” she recalled.

But she did get in, and soon became incredibly busy with her rigorous training schedule.

By sheer coincidence, she recently met Patricia Rozario and Mark Troop, the founders and artistic directors of Giving Voice Society, which is producing the Cimarosa opera in London. She agreed to conduct the opera in Mumbai – and realised it was time to confront her past. She opened the briefcase holding her adoption papers on June 30. Inside were details of her beginnings in Pandharpur, Maharashtra.

For Badstue, it was an emotional homecoming from the moment she landed in Mumbai.

“I actually had tears in my eyes when I saw people everywhere looking like me, with black hair and brown eyes. It was a wonderful feeling to see people around you who look like you. I had not experienced this before. I had no idea how beautiful Indian women are.”

Rehearsals with the double cast of singers and the musicians of the Symphony Orchestra of India have been intensive, but Badstue has managed see a bit of Mumbai – and is thrilled by the experience.

“Everyone in the public space seems very polite and helpful, and they smile a lot,” she said. “I meet friendly people all the time. The city is so vibrant, hectic…and a bit chaotic.” 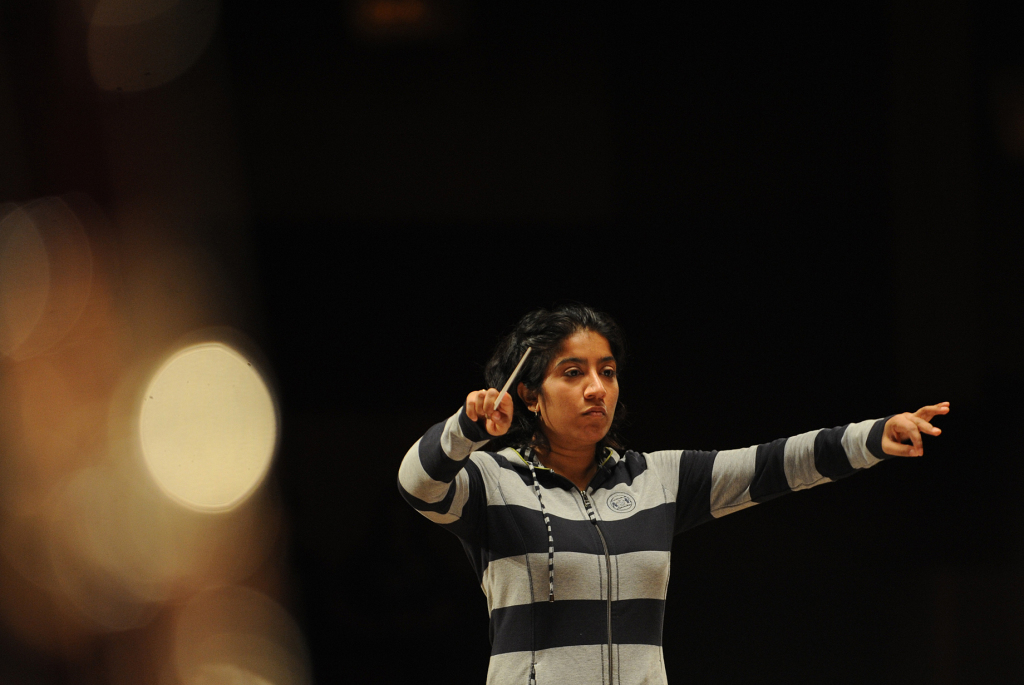 Two aspects of India have moved Badstue deeply – its incredible talent and the abject poverty one encounters, existing cheek and jowl with high-rises and multiplexes.

“I am very aware about the fact that it could have been me living on the streets,” she said.

As a musician, she has only just begun to delve into Indian music.

“India’s strong and distinguished tradition of classical Indian music is a whole new and exciting world for me. There is so much potential here, and some beautiful voices. They are not afraid to work hard. For example, 10-hour-long rehearsals would not have been allowed in Denmark.”

Having experienced a bit of professional and public life in India, Badstue is keen to return.

“It would be a great personal and professional honour to develop classical western music in India.”

Republished with permission from Scroll.in – https://scroll.in/magazine/844205/a-danish-opera-star-discovered-her-origins-in-a-briefcase-they-led-to-a-holy-city-in-maharashtra