A Life of Music and Travel: Neeta Helms, her Father, and his Legacy

Some of my earliest memories are of listening to records of the Philadelphia Orchestra as a little girl, sitting by my father’s side. Learning to sing and play the piano was assumed to be a basic part of our upbringing in the Helms Family. 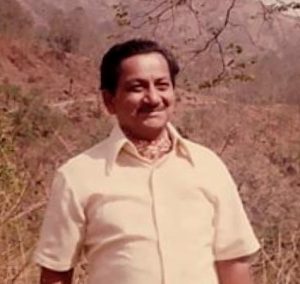 My father, Eric Daniel Helms, was a natural musician. He had a splendid ear, taught himself the piano, sight-reading everything, studied choral scores, and could transpose anything. Music was a total joy for him, and if he had been born in any country in Europe or in the USA or Canada, he would have almost certainly become a professional musician. He grew up not only with a love of Western classical music, but the desire to help make it available to others. In the hours away from his government service day job, he volunteered as a church organist and choir director in addition to helping every single musical institution he could.

While posted in Bombay where my sister and I were born, my parents sang in the celebrated Paranjoti Academy Chorus. Victor Paranjoti was a brilliant choral director and composer whose works are still sung by choruses around the world. Victor and my father were great friends, and worked together to make it possible for the Paranjoti Chorus to perform two European tours in the 1960s. The huge coffee table book that Dad had made with all their European tour photographs, newspaper articles, and reviews of their concerts made a big impression on me. The exotic postcards from all kinds of locales like Egypt, Jerusalem, Germany, Norway, and Poland were for sure a small reason why I started this international touring company for the world’s great orchestras and choirs. However, studying or having exposure to Western classical music was not easy in India, even by the time I was growing up during the 1960s and 70s. When I started taking piano lessons at age four, the only piano teacher in Agra was Miss Schroeder, an Austrian lady who struggled to make a living by giving piano lessons at a local school and in private homes. I can still remember Miss Schroeder arriving at the Helms household on her bicycle. She used to pedal a long way to give lessons to me and my sister. Later on in Allahabad (my dad got transferred frequently), it was Sister Elizabeth, a German nun, who taught us piano. Growing up, I became ever more enamoured with Western classical music. When I was in school, I became known for singing all the time. I sang every day at the school assembly (Convent of Jesus and Mary, New Delhi) and later at College Assembly (LSR, Delhi University). 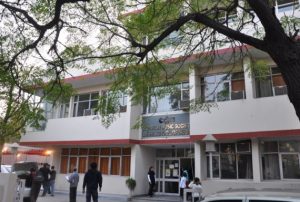 During the height of the Cold War, India, which had no foreign exchange with which to pay international artists, still received visits from the most extraordinary musicians, orchestras, and ensembles from throughout the world. The Soviets sent the Bolshoi and David Oistrakh; the Americans sent Alvin Ailey and Arthur Rubenstein. Through it all, my father and a few stalwarts helped the artists obtain funding and permits, promote their performances, and generally smooth out a process that was sometimes fraught with difficulties, as the Indian government was wary of Western classical music. Embassies played a large part in these endeavours, and watching my father handle these diplomatic negotiations was incredibly enlightening to me – it influences my work to this day.

Fortunately, due to flights that had to make stops on their way to Japan or Hong Kong, India became a regular destination for many of the great musical performers of the 20th century. As a result my family and I were able to attend concerts of the world’s finest music. It had a huge effect on me, and I am forever grateful to my father and his efforts.

I am so pleased to be able to honour his memory through Classical Movements’ Eric Daniel Helms New Music Program. Supporting over forty commissions since 2006, this project takes an active role in encouraging contemporary composers, providing for the creation of new musical works for Classical Movements clients and other worthy projects. Our company mission of cultural diplomacy through classical music has propelled me and my business to work in 145 countries on all seven continents. We organise 60-70 tours each year, and put on over 200 concerts every season.

While I am not a professional musician myself, I am certain the exposure and lessons gave me a lifelong love for music. The skills and tastes I acquired in my childhood have carried me very far, and allowed me to be a part of some of the most amazing musical events of the past few decades. I told my father this before he died in 2001. He, in turn, was very proud that his daughter’s company had arranged tours for amongst others, the New York Philharmonic, which was especially famed in India for its Indian-born conductor, Zubin Mehta. He was most thrilled, though, that I was working with the Philadelphia Orchestra, whose legendary recordings were those he had listened to as a child in India.