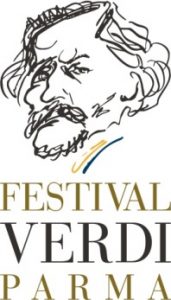 Parma in northern Italy nestled in the region of Emilia-Romagna is a well kept secret among Italians. Famous for its architecture, art, music, ham, cheese and surrounding countryside it is also home to one of the oldest universities in the world. What is less known is that every year in early autumn it is the home of an annual pilgrimage for opera lovers from the world over to celebrate the region’s local master Giuseppe Verdi. Like his exact contemporary the German opera composer Richard Wagner built an opera house in Bayreuth which attracts a similar exodus of lovers of his music. The Parma festival is more subtle and spread over three venues, the main opera house in Parma, Palazzo Farnese and the small Teatro Verdi in Busseto. Over the last decade Parma has attracted a new audience of music lovers with its annual experimental stagings like last year’s interactive Stiffelio by Graham Vick and this year’s much anticipated Le Trouvère. In fact the Verdi Festival placed ahead of both Glyndebourne and Bayreuth in the International Opera Awards this year.

On 27th September I attended the “Serata inaugurale” of the 18th edition of the annual Verdi Festival. It was the premiere night of the opening opera the great Shakespearean tragedy of Macbeth in the first version of 1847 with libretto by Francesco Maria Piave. Verdi’s Macbeth was an Italian response to the romantic taste for the “fantastic” and “extraordinary” i.e. the supernatural which was represented in operas like Freischütz (Weber) and Robert le Diable (Meyerbeer). This trend, foreign to Italy’s classicistic tradition was the object of criticism and even friends and admirers of Verdi were perplexed by the work.

Though remaining faithful to the traditional structures of post-Rossini opera, Verdi adopted an innovative musical language: vocal writing based on very close interaction between words, sound and gesture, supported by a rich harmonic palette and dark robust orchestration. In particular he distanced himself from the Donizetti-Bellini ideal of belcanto in which even the most-tense emotional situations were handled with lyrical beauty, adhering resolutely instead to the notion of poetic truth. (It is well known that Verdi did not wish to give the role of Lady Macbeth to the great Eugenia Tadolini who he considered was gifted with too beautiful a figure and voice – the opposite of how the composer had imagine the character).

The role of Macbeth was sung heroically by baritone Luca Salsi. He has a rich baritone which he puts completely at the service of the music. His character developed from his first duet with Banco and the encounter with the witches to his final death aria in the last act. His mad scene at the party where Banco appears only to him was quite riveting.

Banco was sung with rich tone by the great bass Michele Pertusi. His aria sung to his son was particularly well moulded and beautifully phrased. Lady Macbeth was sung powerfully by Anna Pirozzi. The letter reading scene and following aria were very effective while her second aria La luce langue doesn’t exist in the first version of the opera.

She was outstanding in the party scene and mad scene with her voice sounding suitably triumphant and deranged in turns. Macduff sung by Antonio Poli sang his one aria very beautifully. The chorus of witches and the two apparitions were suitably chilling. Production values were in the safe hands of Daniele Abbado and conductor of the Filarmonica Arturo Toscanini was Philippe Auguin.

On 28th September was the premiere of one of Verdi’s least successful and least performed operas Un giorno di regno. This, his second opera written in 1840 was the first of only two comedies in this composer’s output, one at each end of the composer’s life. The other is his very last opera Falstaff. There are many reasons why this opera failed. Verdi at that time was consumed with grief and depression on the recent loss of his wife to a fatal encephalitis preventing him from spending time and concentration on its composition.

The original name of the opera was to be Il finto Stanilao (The Pretend Stanislaus). The libretto written in 1818 by Felice Romani was then renamed as we know it today and is translated into English as King for a Day. The opera received its premiere on 5th September in 1840 at La Scala Milan to disastrous results. Verdi almost gave up composition but it was not until he was enticed to write the music for Nabucco that Verdi restarted his career.

The story is based on a historical episode during the reign of the Polish monarch King Stanislaw who lost his throne during the War of Succession to the Saxon invasion of 1709. After being exiled in France he returns to Poland leaving a French officer to impersonate him in France. The plot is complicated as is typical of opera buffa and its initial failure was not unlikely due to the fact that the music was rather old-fashioned in style. To my ears the music sounded rather ottocento in style which was rapidly going out of fashion when it was composed. In fact Julian Budden notes that “by the side of Donizetti’s L’elisir d’amore or Don Pasquale it cuts a clumsy figure”.

The cast consisted entirely of young singers just on the brink of their careers. It would be unfair to single out any but outstanding were Michele Patti as Belfiore, the false Stanislaw and Gioia Crepaldi as the Marchesa on the night I attended. This co-production with the Teatro Comunale di Bologna was conducted by Francesco Pasqualetti. The orchestra played magnificently with close attention to the singers in the packed tiny bijou opera house of Busseto, Teatro Verdi.

On 29th September I found myself in the marvellous wooden and stucco edifice of the Palazzo Farnese on the other side of Parma’s expansive Parco Ducale which provides a tranquil retreat from the bustling city centre. Parma’s first important theatre was the Teatro Farnese created from the weapons room in Palazzo della Pilotta in 1617/18. Conceived by Ranuccio I Farnese it was inaugurated by an opera by Monteverdi now lost commemorating a royal wedding. It slowly deteriorated after being closed and was bombed during World War II.

Today, restored to its former glory this quintessential example of a 17th century aristocratic theatre has become the venue for unique operatic productions presented as part of the Festival Verdi. Originally constructed of wood, paper-mache and painted stucco it is a structure of enormous proportions.

The production that everybody was waiting to see at the Farnese was veteran director Robert Wilson’s experimental version of Il trovatore in the rarely heard French translation Le Trouvère. Verdi’s music is propelled by fiery dramatic extremes while Wilson’s trade mark cool style is emotionally and aesthetically the exact opposite.

The director has placed a blue cube which the characters inhabit. They are usually static, posing and rarely touching. This is in opposition to Verdi’s active and throbbing music. The whole changes in Act III with the rarely performed 25 minute ballet written for the Paris premiere. It takes the form of a boxing match with large numbers of children and adults of both sexes prancing around the stage.

Roberta Mantegna as Léonore was a full voiced lyrico. Giuseppe Gipali was a heroic Manrique. Franco Vassallo sang beautifully as Comte de Luna. Azucena was sung by Nino Surguladze and was the only weak link.

The experience of Le Trouvère is clearly different from Il trovatore. Quite apart from the ballet the French text is mellower. Roberto Abbado debuting as the festival’s music director provided elegant playing from the Bologna forces. All together a high mark for an unlikely success in this union of theatrics and music, but not an unqualified success.

Attila premiered in March 1846 at La Fenice in Venice. Between 1844 and 1847 Verdi composed a record 8 operas starting with I due Foscari (1844) and ending with Jerusalem (1847). By this time Verdi had achieved super star status and impresarios and publishers vied to gain his attention and obtain a Verdi score. The literary source for the new opera was a German play by a forgotten playwright called Attila King of the Huns.

The librettist Verdi chose was Temistocle Solera his favourite for “epic” topics, turning away his initial choice of Piave. Piave was to achieve even greater fame with his librettos for Ernani, Foscari, Macbeth, Rigoletto and Traviata. Solera never completed the project and so it was left to Piave to finish the opera. Solera’s pride was hurt and Verdi and he were never to work again together.

The premiere in Venice was a grand success taking the opera all over Italy including Milan and Rome and as far  afield as London, Russia, Cuba, Denmark and Norway. Critics in Milan and London were not enthusiastic accusing Verdi of playing to the galleries and living the wanton, although seductive life, of musical mercantilism. The Milan critic in a neologism accused Verdi of reaching the heights of cabalettismo.

The role of Attila was sung by Riccardo Zanellato. He has a rough heavy deep bass well suited to the character. Francesco Demuro had a nasal and tight, bright voice not always entirely ingratiating as Foresto. Maria José Siri had a rough time in Odabella’s first aria; the voice squally, unsure high notes and coloratura all over the place.

Maestro Gianluigi Gelmetti did a marvellous job at the helm of the Filarmonica Arturo Toscanini who played for him like angels. Director Andrea de Rosa’s production was unremarkable with nothing particularly innovative. All in all an average evening not necessarily capturing the essence of this otherwise memorable Verdi Festival in Parma.

The programme for next year’s festival beginning 26th September 2019 has the following operas on schedule. I Due Foscari, Luisa Miller, Aida and Nabucco. The website is festivalverdi.it. I urge you to try this marvellous city’s offerings perfectly suited to the opera loving discerning traveller.