The Western Music Education Association held its 4th annual conference in New Delhi on August 5, with this year`s theme being ‘Educating India- Musically’. A volunteer organisation all the way through, WMEA fills, as President Anjli Mata pointed out in her address, the need for “a music association run by music educators for music educators”. With its affiliation with the US-based National Association for Music Education (NAfME), one of the world’s largest arts organisations, WMEA also has the benefit of access to a wealth of educational and other resources.

Through this affiliation, the conference had its two adjudicators of the National Choir Festival, held at Shiv Nadar School the day previous, Drs Dean Luethi and Susan Codgill, who also shared their expertise on the many aspects of choral conducting and teaching at the conference. WMEA’s second annual Choir Festival, featuring the ten finalists from schools across India, demonstrated amply the recognition WMEA has gained in these four years: ranging from a superbly harmonised version of Queen`s Bohemian Rhapsody to an acappella rendition of Leonard Cohen’s anthemic Hallelujah (presented by competition winners, St Francis de Sale School of Delhi), the Festival showcased both young and creative talent and dedicated input by their teachers. One of the highlights was the original composition, with lyrics on a highly topical theme, presented by Rajesh Upadhyaya and his choir students from DPS- RKPuram, Delhi.

The conference featured a wide and varied programme of talks, interactive sessions and workshops. Phillippe Engel of the Neemrana Music Foundation held a workshop on ‘Good Technique, Powerful Piano Performance’, which fully engaged not only piano teachers present, but the entire audience, since it also addressed key issues of fostering musicianship. Executive Director Natalie Sarrazin’s session on The Engaged and Integrated Classroom, creatively curated as a ‘tribute to the monsoon’ provided many useful tips and ideas for educators, and was supported by guest speaker from Kolkata, Surendranath  Majumdar, a specialist in the Kodaly method. Looking beyond music-making, the conference attendees had the benefit of being familiarised with the rather thorny field of copyright laws and some of their ramifications, presented by lawyer Meghna Bal, from the blockchain technology giant, Consensys. WMEA Vice President Ritesh Khokar spoke on Musical Entrepreneurship, with all his considerable knowledge, culled from personal experience, of an area of music that is rife with complexities and multiple considerations at every stage.

Bookending the conference were two well-known faces from India’s music landscape: the legendary Carnatic music violinist, Dr L Subramaniam, who sent his wishes via video on the morning of the conference. Even at that remove, his presence was powerfully inspiring, as was his message when he said that music “is the finest of the fine arts”, and stressed the need for education in the field of Western music. And at the end of day, there was the chief guest, ‘urban folk’ balladeer, Rabbi Shergill, in person, and ready to engage in conversation about his beliefs, his music, his influences and more, in a lively panel discussion that included two members from the band The Local Train, Ramit Mehra and Himanshu Chowdhry. With wit and wisdom, Shergill commented on the “strangeness” of identifying with Western rock music as well as with the poetry and traditions of his mother tongue, Punjabi, and of how his journey led him to discover how he could blend two seemingly disparate cultural traditions to create his own voice. When he said that very rarely are we all in the same moment together, except “when we sing together”, it was an apt expression of what WMEA is trying to achieve as a community of music educators. 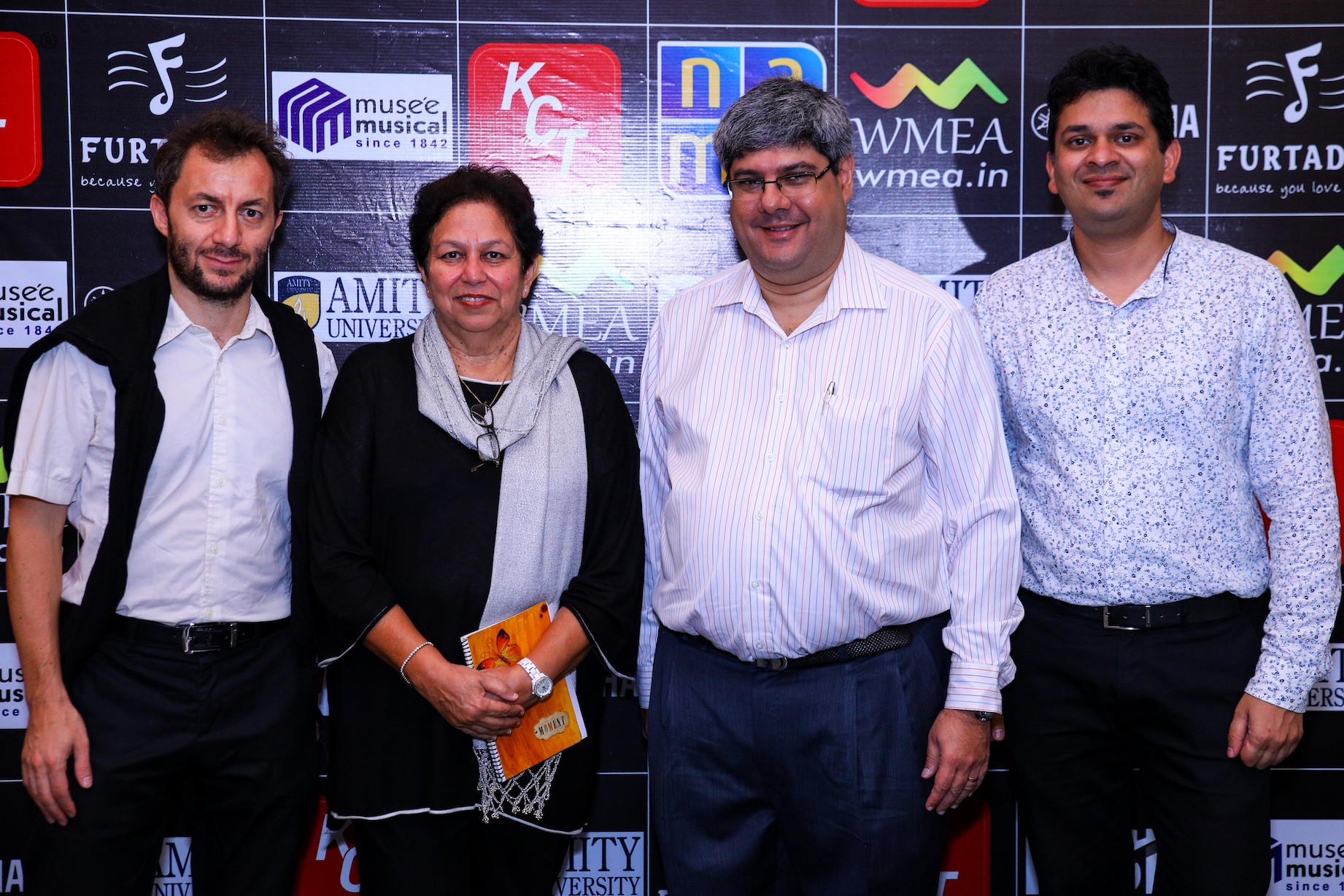