Maestra of the Minstrels

This year, the Capital City Minstrels (CCM) go silver, with twenty-five years of music-making under their belt. From small beginnings, when a diverse, but like-minded group of people got together to sing, CCM has grown impressively in stature, performing on platforms not only away from their home base of New Delhi, but internationally as well: last year they had a tour of the UK, ‘With love, from India‘. They have been daring and eclectic in their choice of repertoire, both in terms of language (Marathi, Swahili, French… and counting), genres (popular, religious, both the ‘woods’, Western art) and composers (Bach, and forwards in time). Next month will see this landmark jubilee being marked by concerts in their own city, something that the capital’s concert-goers are looking forward to. Their own commitment apart, CCM has had the good fortune to have had a series of outstanding conductors, professionals from across the world (Hungary and Korea, to name just two). A choir must needs be a tightly-knit group, to produce the required homogenous sound that marks good choral singing, and the role of the conductor is crucial to this. In the case of CCM, this is especially so, since it is essentially an amateur group, varied in age and experience, united by a common love. Their conductors, therefore, have been vital in shaping their enthusiasm into a concert-worthy sound. Currently on the podium is Sharmila Livingston, Delhi-based, but highly peripatetic musician, composer, arranger and, to leaven this mix, master-baker! She holds a degree in music from Wheaton College in the US, has lived there, in India and in Japan. She has been on the other side of the podium, performing as a soloist and voice-over artiste with Jyotsna Shourie’s Dance Centre. That conceptualising and organising special events is her forte is evident from her work, notably as co-ordinator for the Yamuna-Elbe public art and outreach project, organised by the Goethe Institute in Delhi, and composing and directing musicals for Delhi schools. Her association with CCM has spanned more than one stint, with her having toured Europe with them, and conducting them in the 2016 season, which culminated with a private performance for the President of India. In this interview, we began, appropriately enough, by referring to her versatility and deep engagement with issues both related to music and extra-musical:


Priya Chaturvedi: Given your many interests and areas of experience, what led you to choose the specific one of choral conducting?

Sharmila Livingston: Without being banal, I would say that conducting chose me, rather than me choosing conducting.

I started out as a singer/soloist with CCM during Zohra’s time. (Zohra Shaw, a Delhi-based piano teacher, who brought together a group of 10 women to form a singing group in 1994. CCM began with performing in private homes). When Zohra was leaving, she asked if I’d consider conducting CCM. At that time, I had no inclination towards conducting at all. Conducting CCM would require different music skills as well as people skills to manage such a diverse group of people. I declined the opportunity. I left India to live in Japan for a few years with my family. When I returned to India, CCM was looking for a conductor for a particular season of music to celebrate Mozart’s 250th birth anniversary. This time, I accepted their invitation – more because I enjoyed the music, than for the opportunity to conduct.

On a couple of other occasions, CCM reached out to me, through their very convincing President, Annie Sinha, to come and conduct since their conductor had to leave India to return to their home country. Each time I felt I could manage for a single season in order to give CCM time to find another conductor. Each time they found a wonderful conductor, and I would return to my life of performance, composition and directing musical theatre. This last time Annie asked me to step in as conductor, I agreed to three seasons instead of my standard single season commitment. I felt it would be mutually beneficial to build with CCM over a longer time frame. Each time it has been a pleasure, a lot of hard work, and an opportunity for personal and musical growth. Hopefully, CCM feels the same way. PC: Your association with CCM goes back quite a few years. Please share your perceptions of how the choir has grown ( quality, quantity, either or both) in these years.

SL: CCM has really grown. Zohra would be proud! First, it has grown in numbers. In fact, during my recent triple season stint, I saw a growth in numbers from 40 singers in my first season to 70 which we are still close to at present. Secondly, it has grown in processes and organization. In the early years, everything was run by a very efficient right hand to Zohra, named Jo Laroiya, and possibly a couple of extra hands. Today, a roughly 10 member Executive Committee divides the load of administration, compliance, concert management, publicity/PR, and so many other aspects. Since a lot of people joining may be unfamiliar with choral culture – systems and rules have come into place over the 25 years, which make it easier to be efficient with rehearsal time and concert preparation. Thirdly, it has grown in repertoire. It started out primarily with a sacred classical repertoire, and over the years has expanded into opera chorus, musical theatre, jazz, pop, fusion, Indian choral pieces etc.

PC: How do you choose repertoire for the CCM? What works they have performed stand out for you?

SL: I have had a different strategy over the years. This stint, I knew I would be conducting for three seasons, so I came up with a concert trilogy of three related themes “Peace” for Christmas 2018, “Love” for Summer 2019 and “Joy” for our Jubilee celebration concerts 2019. For each of the concerts, I would choose pieces that somehow intrinsically held the theme – from varying time periods, using different languages, in varied styles and genres as varied as the Delhi audiences that we would sing to. I wanted Delhi to get a good taste of the possibilities of choral music in traditional and contemporary music.

In terms of music that stands out – in the earlier years we did whole bodies of spectacular music – like a whole Schubert’s Mass in G or Mozart’s Vesperae Solennes de Confessore, Faure’s Requiem. Those stood out! It was a wonderful experience. Today, fast food, “now” audiences who flip through songs/channels on media without completing them may not have the capacity for such an experience. They want highlights, they want change! Today, single pieces stand out – different ones to different people in a sort of smorgasbord musical experience where everyone will find something they like. PC: As an arranger of music, what are your views on  fusion music featuring Indian and Western styles/ compositions?

SL: I am more comfortable composing from scratch. I have actually only arranged a single piece of music for CCM on the request of Hungarian conductor Gabriella Boda Rechner, to include in the choir’s repertoire on their maiden Europe trip. She was trying to collect Indian pieces for the repertoire. I took a beautiful, existing devotional style solo melody with Urdu lyrics and arranged it into a choral piece that CCM has sung with almost every conductor since it was arranged in 2008.

PC: As a holder of a degree in music, what are your views on the need for young performers to undergo a formal,  all-round music education?

SL: My music education came as quite a shock to me in terms of scope, depth, breadth and intensity. At first, it was extremely challenging, but I soon learned that if you learn the rules well, you can learn to break them effectively! Music requires discipline in terms of time spent with the medium – whether it is voice/instrument/composition. An education directs this time so it is well-spent time, so it is well-invested time. I learned that you don’t just practice, but you practice well so that you don’t perpetuate bad habits that can compromise growth in time to come. There are very few absolute geniuses out there who can excel without any direction, effort or time spent – the rest of us need the discipline, the direction, the honing, the inspiration that comes from a good teacher. PC: What are your favourite works from the vast body of choral Western art music?

SL: A very difficult answer for someone who likes so many flavours at an ice-cream parlour,  compared to my husband who will have a vanilla every single time, in every single ice-cream location. Suffice it to say that some of my favourite pieces are a part of the repertoire for CCM’s upcoming Jubilee concerts.

PC: Music Therapy is a growing field. Your views?

SL: Music is therapeutic. FULL. STOP. It has the power to heal, to break walls, to break silences, to restore, to soothe, to calm, to rally, to enthuse, to comfort, to vent emotion, to cause unity. It has the power to cross culture, break social or linguistic barriers. In a modern, fragmented world where we are obsessed with defining and packaging everything, music therapy is growing into a particular, professional, formal, specialized area requiring education/training. That’s good – however, even before the arrival of the field of music therapy, music has always played all these roles in informal ways throughout time. We need to spend more time with music – as performers, as audiences, to enjoy all its multi-faceted benefits. 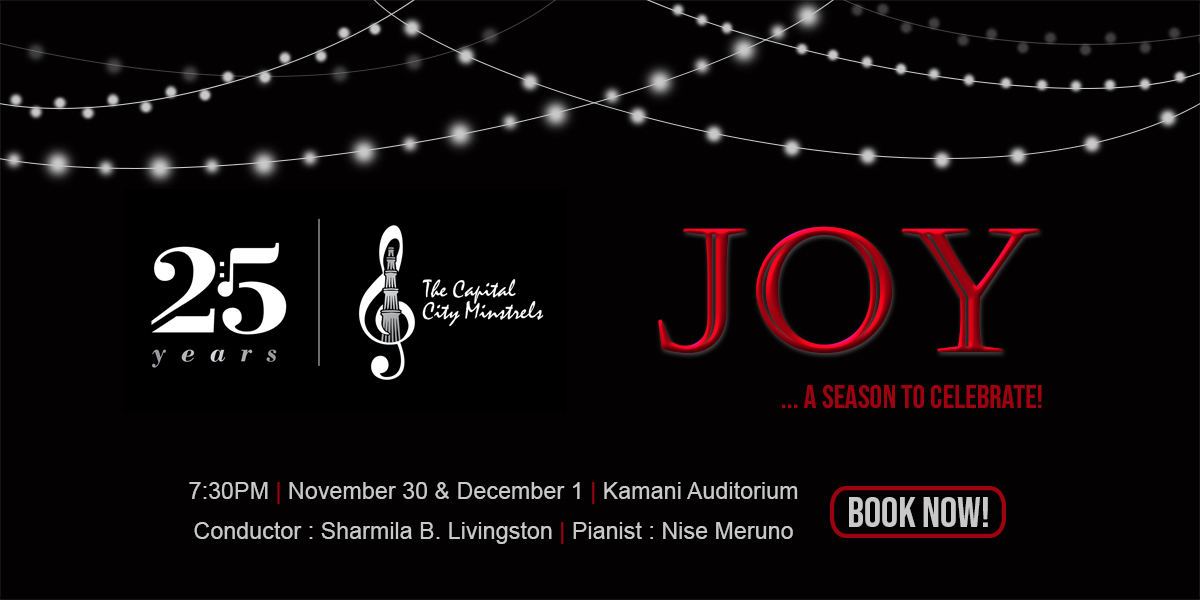