Feted and back in the fold

A familiar buzz is back at the NCPA ahead of the opening of the Autumn 2019 Season of the SOI. The programme will be especially gratifying as two internationally renowned soloists and a legendary conductor will return to perform with the Symphony Orchestra of India. By Beverly Pereira

It is said that a good orchestra has the power to create great music, while a great one can conjure up an atmosphere. It may be an intangible quality, but one that is no less an indicator of a well-rounded ensemble. It has been over a decade since the Symphony Orchestra of India (SOI) was established at the NCPA. The year was 2006, to be precise. That is 13 years of intensive practice, preparations for rehearsals, and the nurturing of relationships – long enough for the homegrown ensemble to have demonstrated a mastery of individual talent as well as that of a collective musical experience. Along the years, the orchestra’s indelible identity and voice have made impressions not only at the NPCA and on stages across India, but also at incredibly atmospheric venues in Moscow, Abu Dhabi, Switzerland, and, most recently, in the UK.

In the process, the SOI, although young in age, has also had the honour of working closely with scores of internationally renowned collaborators. They are the conductors – Martyn Brabbins, Carlo Rizzi, Yuri Simonov, Augustin Dumay and Rafael Payare, among a host of others – and the soloists, including Maria João Pires, Stephen Hough, Alina Ibragimova, Zakir Hussain and Béla Fleck, who have brought in a unique dynamic to performances with the SOI. Many of these world-class performers have even chosen to return. And, this year, three very special collaborators are set to work with the SOI in the Autumn 2019 Season.

On his return to the NCPA, Irish pianist Barry Douglas will perform Brahms Piano Concerto No. 2 with the SOI, under the baton of Alexander Lazarev, and other pieces by Tchaikovsky and Mussorgsky in a solo recital. “Three of my greatest loves in classical music are Tchaikovsky, Mussorgsky and Brahms and they’re fully represented on this visit to Mumbai. The Seasons by Tchaikovsky is a veritable trek through Russia with all the beauty and melancholy of this great country,” says Douglas, who incidentally was the first non-Russian pianist since Van Cliburn in 1958 to have won the gold medal in the International Tchaikovsky Competition in 1986.

Douglas first visited India to perform with the SOI in 2014.

“What I was most impressed with in my collaboration with the orchestra was the professionalism and energy of the players. We played Tchaikovsky No. 1 and it’s one of the most vibrant performances I’ve ever been involved in. A particularly happy moment for me was meeting up again with one of our young Irish musicians who was playing flute with the SOI on my visit, Catherine Coulter. So, India and Ireland have some strong connections!”

In 2018, he returned to the NCPA to perform at two concerts with his own ensemble, Camerata Ireland. Looking back, he says that it was this trip in particular that had set the ball rolling for his next visit to the country.

“My orchestra, Camerata Ireland, and I were so happy to be invited to play at the NCPA last year. We performed all five Beethoven piano concertos. It was during that visit that we talked about my returning to perform with the SOI.”

Douglas has played with some of the world’s most renowned orchestras, including the London Symphony Orchestra (LSO), Russian National Orchestra, Hong Kong Philharmonic Orchestra, among others, and maintains a busy international tour schedule. Later this month, the globetrotting pianist will conclude a series of solo recitals, orchestral concerts and chamber music at European summer festivals, including his own festival in Clandeboye, North Ireland, before he arrives in India.

Ahead of his third visit, Douglas says,

“I have been to Mumbai twice before and it has been a very attentive audience. What I most enjoy, apart from playing music, is eating the wonderful vegetarian food in India. Indeed, it was in 2014, on my first visit to India, that I became vegetarian. I especially loved the street food served after my concert at the NCPA at the time, as it was the SOI season opener.”

Maestro Alexander Lazarev, a legend in his own right, will lead the SOI on two separate occasions. This season, the celebrated Russian conductor will bring his authenticity, insight and innovative repertoire to the orchestra, conducting one programme of Khachaturian, Haydn and Tchaikovsky, and another of Brahms and Stravinsky. This will be his second trip to the country, and just as he had arrived with an open mind the first time around, he is anticipating everything that is not to be expected this time around too. The other great soloist who will yet again bring his mastery to the orchestra is Simon O’Neill.

The acclaimed helden-tenor from New Zealand is hailed by critics as “THE Wagnerian tenor of his generation”. He will fittingly play a crucial part in the Wagner Gala later this month. “Maestro Zane Dalal is a top-rate musician and lovely chap. I am so excited to perform the music of Richard Wagner under his direction. Act One of The Valkyrie contains one of the greatest love duets in all opera. Soprano Amanda Atlas and I are really looking forward to hearing the SOI, in full flight, playing this glorious music,” says the Kiwi tenor.

O’Neill is no stranger to the NCPA and to India; the momentous occasion will, after all, be the third time he performs with the SOI. “My first performance with the SOI was the Indian premier performance of the Verdi Requiem in early 2015, followed by the Italian opera gala and a recital in 2017,” says O’Neill, whose powerful voice is widely appreciated on international stages. He too has performed with some of the world’s greatest orchestras like the New York Philharmonic, The Met, LSO, among others, and in several title roles with renowned opera companies. “My international performing schedule is very heavy and I was very happy that Mumbai was able to be scheduled in between performances of Wagner’s Ring Cycle in Berlin with the great Daniel Barenboim,” says O’Neill who is delighted to visit Mumbai with his wife Carmel. 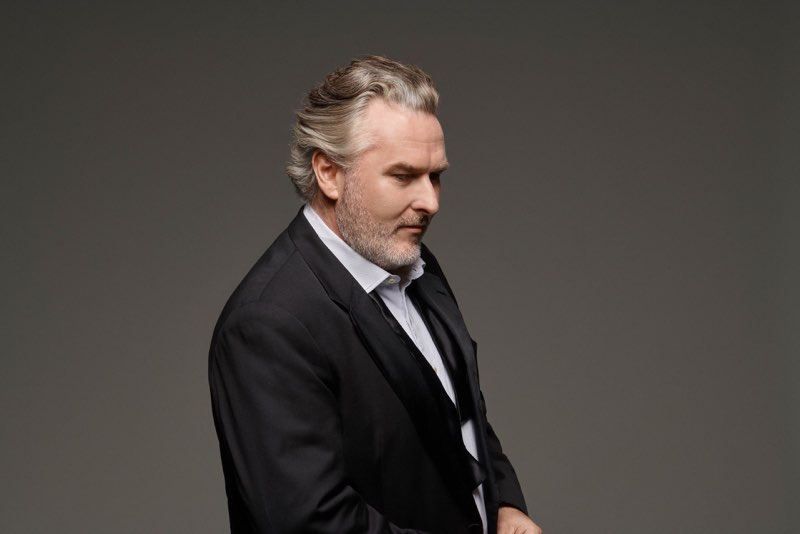 “In my humble opinion, the greatest component to any orchestra are the people. I love returning to Mumbai to meet wonderful colleagues on the stage, the incredible administration staff and management of the SOI and NCPA and, of course, the fantastic audience – all of whom make me feel so welcome. Each time I visit Mumbai, I expand my knowledge of the city and its people. I have always loved India and its culture and to experience this once again, whilst being so looked after by the NCPA, is truly wonderful,” says O’Neill ahead of his visit.

The Autumn 2019 Season of the SOI will be presented from 11th September to 27th September at various venues at the NCPA.

This piece was originally published by the National Centre for the Performing Arts, Mumbai, in the September 2019 issue of ON Stage – their monthly arts magazine.