“The A.N. Scriabin Memorial Museum closely keeps the atmosphere of the great Russian composer’s house. His music resounds here – performed by great the musicians; a vast amount of scientific work is conducted. History at the Museum is naturally connected with the contemporary cultural life of Moscow thanks to the genius of Scriabin – music creator, thinker and philosopher”

The “A.N. Scriabin Memorial Museum” is the only one in the world keeping intact the apartments of the great Russian composer, pianist, philosopher and poet, Alexander Scriabin (1872-1915). He stayed here for the last three years of his life – from 1912 till 1915. The composer is worldly acclaimed as the author of the famous works: “The Poem of Ecstasy” and “Prometheus, The Poem of Fire”. 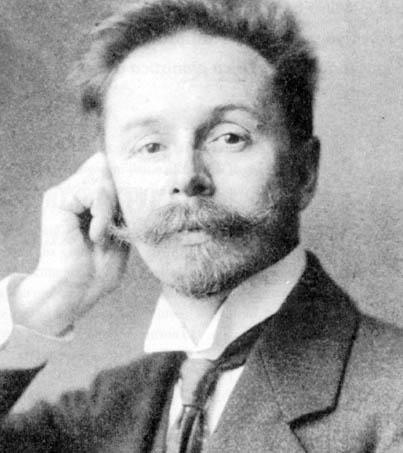 Scriabin was well ahead of his time, anticipating the perspectives of modern art, and even nowadays, equipped with unlimited technical capabilities. We still cannot fulfill the ideas of this Genius exactly. He dreamed of a new high synthesis of all the arts which personally affecting on the listeners would reveal their creative potentials and bring them to transition. These principles of synesthesia should have been holistically externalized within a large-scale piece – the Mysterium; the entire audience becoming an active participant of the event. The sounds of Music, voices merging the waves of light, staining in different colours, flowing dance-fully; improvised calisthenic interweaving with the calls of nature and incenses.

Scriabin considered India – as a cradle of humanity – and a specially built temple there to be the most appropriate place to perform the Mysterium. He believed that delivering the Mysterium, the whole mankind would come through dematerialization to a new highly spiritual stage of mind. The idea of the Mysterium failed to be realised. Scriabin created seven orchestral pieces and a great many for piano, his favourite instrument. Each of these opuses was a step towards his dream. In his recent years of life, the composer worked on the “Preliminary Act” which would prelude the Mysterium and prepare the listeners for the sacral ceremony. But it only remained sketched in the composer’s notebooks and partially remembered by some close friends who were lucky enough to hear the author play its fragments. The elite of the Moscow intellectuals paid home visits to A.Scriabin with the proud names of K.Balmont, V.Ivanov, Y.Baltrušaitis, N.Berdyaev, S.Bulgakov, L.Pasternak, Vs.Meyerhold, A.Tairov and many others among them. The A.N. Scriabin Memorial Museum is a unique living evidence of the epoch in the Russian culture of the late XIX – early XX centuries named “Silver Age”. All the furnishing which surrounded Scriabin in his days is kept genuine: his private library, cabinet, pieces of art and the Bechstein piano. Great pianists of the XX century had the honour to play this precious instrument: Vladimir Sofronitsky, Heinrich Neuhaus, Vladimir Horowitz, Van Cliburn, Mikhail Pletnev. Today Scriabin’s piano sounds only twice a year – on the birthday of the composer and on the memory day. Among the rarities of the Museum one should notice the colour-light machine, designed by A.N. Scriabin and handmade by his devoted friend professor A.Moser. It was mostly used as a home amusement device to accompany Scriabin’s improvisations at the piano with multicoloured lights. This light circle is a prototype of the colour and light music of modern popular compositions, discos and video shows. The Museum established a scholarship named after A.N. Scriabin “The Path to Scriabin” for children of 11-16 years, many of whom later set up a career of concert pianists, well-known in Russia and abroad. Among them are such vivid names like Daniil Trifonov, Alexei Volodin, Yuri Bogdanov, Pavel Shatskiy, Mikhail Mordvinov, Maria Chernova, Andrey Gugnin and many others. The Museum hosts international conferences, sustains permanent contacts with societies in the Netherlands, the UK, Italy and Bulgaria.

In December 2013 the structure of the Museum was expanded by launching the Cultural Innovations Center “Scriabin House”, where visitors are every day welcomed to recitals, exhibitions, lectures, performances and festivals. At “Scriabin House” there is laboratory of modern media technologies “ScriabinLab”, working on further development of Scriabin’s creative ideas. “ScriabinLab” has an association with leading contemporary media artists, staging brilliant light and music shows within the artistic confines of the Museum as well as at the other foremost venues in Moscow

Foreign tourists are frequent guests of the Museum. If you ever find yourself in Moscow, we are looking forward to see you at 11, B. Nikolopeskovsky.